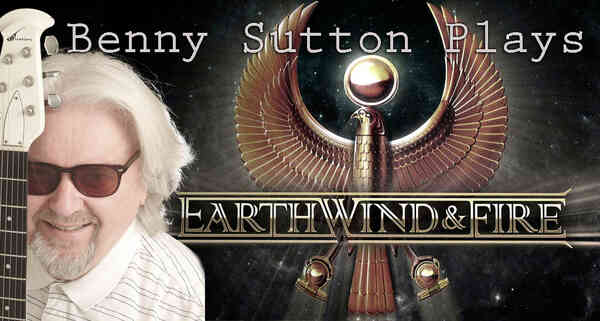 Earth Wind and Fire were so important to my musical development. I even bought my Ovation Breadwinner because I saw their guitar guys played them on one album cover! Sure enough, it has a unique funk rhythm style!

They rode the disco boom but they never were about that. They were a jazz funk outfit that crossed over so many genres; latin, pop, African, gospel.

They had a great stage show involving flying pyramids and drummers with their drumkits that spun upside down. Their showmanship and mystical imagery weren't what appealed to me. It was their songwriting; it was on a par with the Beatles for prolific hits.

They did 'Got to get you into my life', written by Lennon and McCartney and I couldn't resist covering it. The Earth Wind and Fire arrangement gives it a real jazzy twist.

It was their sound that set them apart. They understood dynamics so their arrangements always worked. Their horn section was crazy good and played horrendously difficult parts. Their secret was they always went 'on the one' (the first beat of the bar like James Brown) according to bassist Verdine White. His brother Maurice White was the frontman. Philip Bailey swapped vocals in the falsetto range.

Back then I wanted their sound so much. I realised I could never put a live band together to achieve that. So I stopped live gigging and went into the studio. You can find my jazz funk efforts here