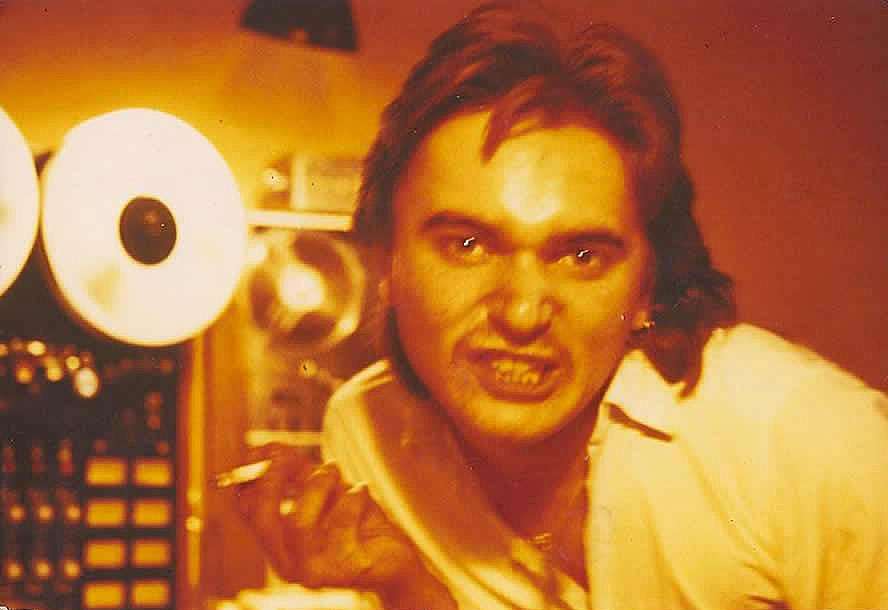 Me, back in the day - aged twenty something

I started out in a band called Inspector Lloyd. We were signed with Fresh Air records - who went bust days before our debut single was due for release! But hey, at least back then you could get a recording deal; nowadays the only way bands make money is by suing someone else for copyright infringement!

I went on to have a spell as a songwriter with EMI, but I became disillusioned after being screwed over one too many times. I put my guitar in the loft and got a 'proper job' for 20+ years!

Ironically, I did then go on to experience some creative recognition in the second hardest profession to make a living at - photography. I was the founder of www.UnderwaterPhotography.com having previously won awards all over the World for my underwater photography One vital lesson I did learn as a photographer was that when you convert your hobby into a job you are in danger of ending up hating it. That's what happened to me with photography. I lived, spoke, and dreamed it for so long it became banal. Perhaps it was a good thing my musical career was cut short?

Anyway, I rediscovered music in 2010.I hadn't stopped listening to music during my musical down-time period, quite the opposite. I listened to all my faves; Larry Carlton, Steely Dan, Yellowjackets and many more. After my layoff I was amazed to find that, as if by musical osmosis, I could now play licks that I never could before! The break had made me better - who da thunk it!

I discovered the whole new world of home recording. I've played in some of London's top 24 track studios back in the day but, with my DAW (Cubase), I had 'in my shed' technology that far surpassed the analog equipment that was available back then. I took up keyboards too so, with that, and MIDI I could synthesize very passable horns and string sections.

Second time around the difference is that I now play for fun, not for any financial incentives. But, as much as I love the act of making music, there's not much point unless you are being heard.

I've built up a respectable online following on Soundcloud and YouTube. I've got some of the most listened to jazz tracks on the planet (a couple at 150K plays) which should put me on top of the jazz charts! What's that worth? Not much! At time of writing I have just hit a million plays (spread roughly 1/2 million on each platform). Update: I hit 1 million plays on Soundcloud in 2020 - but I'm still not happy!

Me, with my classic Ovation Breadwinner guitar

I am passionate about innovation. Why? The music WILL DIE if it does not evolve. Music will not evolve unless change is embraced, new talent and experimentation is encouraged. Just look at the stagnation of the traditional channels; national radio airplay is still controlled by music industry executives who play safe and pump out sheer pap. Innovation is discouraged. It's not just music, look at the movie industry; how many comic book hero movies with the exact same plot can we watch before we cry... "ENOUGH!"

Soundcloud and YouTube are the new platforms for musicians to get heard. These are the new channels to find innovation, not MTV! However, there is so much noise (YouTube gets 200 hours of contenet uploaded every minute) how do you get noticed? Well, you're reading this so it is possible.

Sadly we have lost so many great jazz musicians recently; Jaco, Miles, Joe Zawinul, Joe Sample to name a few. As well as my original stuff I play modern arrangements by those great acts that influenced me. I hope I'm keeping the music alive because the bottom line is always the music.

I spit on the derivative, I cross over genres, I take risks. Join in my musical journey by listening and downloading.

As Jimi once said...